Skip to content
The Top 10 Richest Lawyers in America 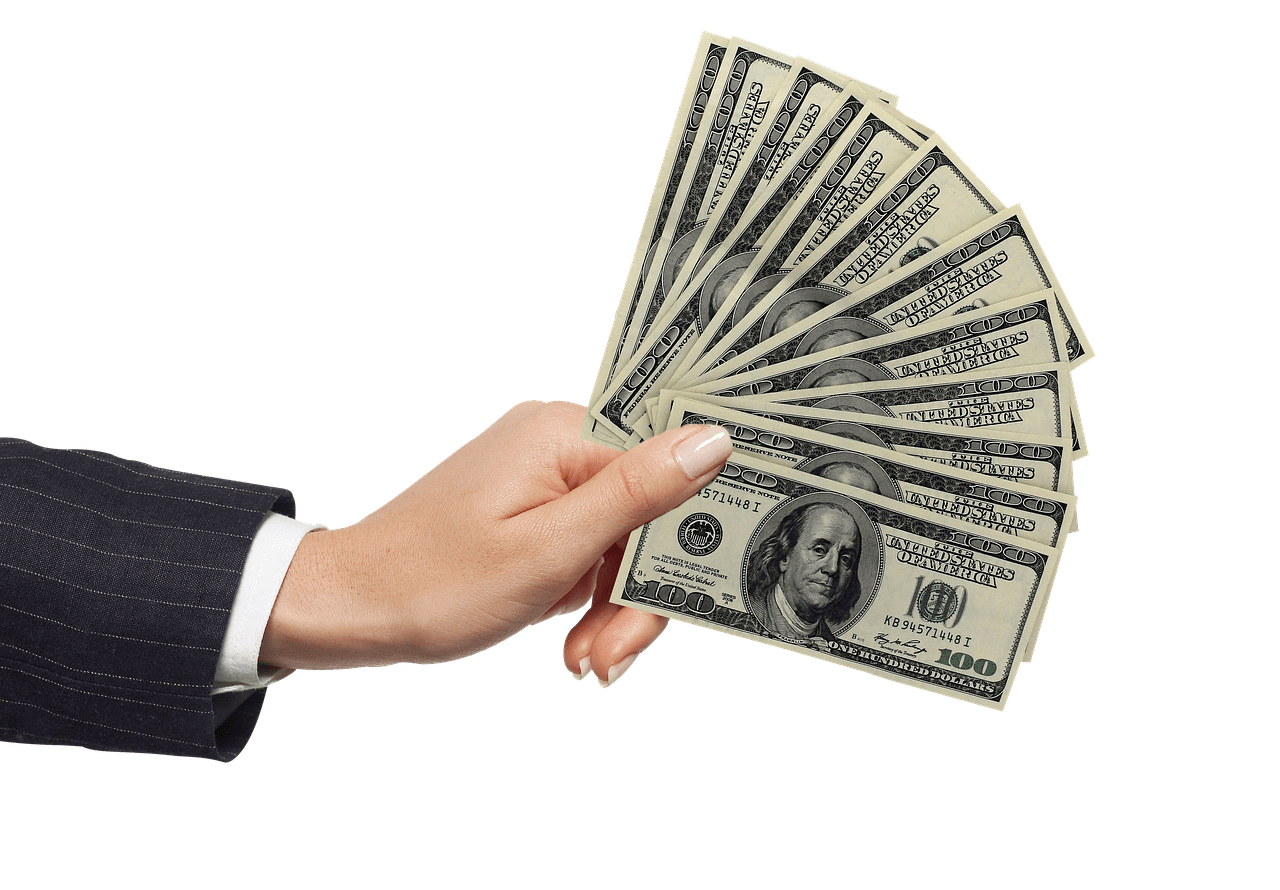 The Top 10 Richest Lawyers in America

There’s a lot of reasons to become a lawyer: protecting the innocent, serving justice to criminals, and the potential to make a ton of cash! The average lawyer in the USA makes $87,012 a year–not bad!

However, the most prominent lawyers make WAY more cash. Like, unbelievable amounts. Let’s go over the richest lawyers in America and how their successful legal careers helped them get there. And to help show how impressive this top 10 list is, please keep in mind that we didn’t include any lawyers who made their wealth in other ways (at least originally), who have been disbarred, who are under investigation of unethical or illegal conduct, or who passed away.

George Conway got his Juris Doctor from Yale Law School in 1987. His lawyering resume is substantial: from serving as a law clerk to Judge Ralph K. Winter Jr. of the U.S. Court of Appeals and becoming a founding partner of the Wachtell, Lipton, Rosen, & Katz Law Firm, Conway took part in several notable cases, such as when he represented Paula Jones in her lawsuit against the U.S. President Bill Clinton in 1994. Most recently, Conway was considered for several United States Department of Justice posts by President Donald Trump. Due to differing political views, however, Conway declined the offer. 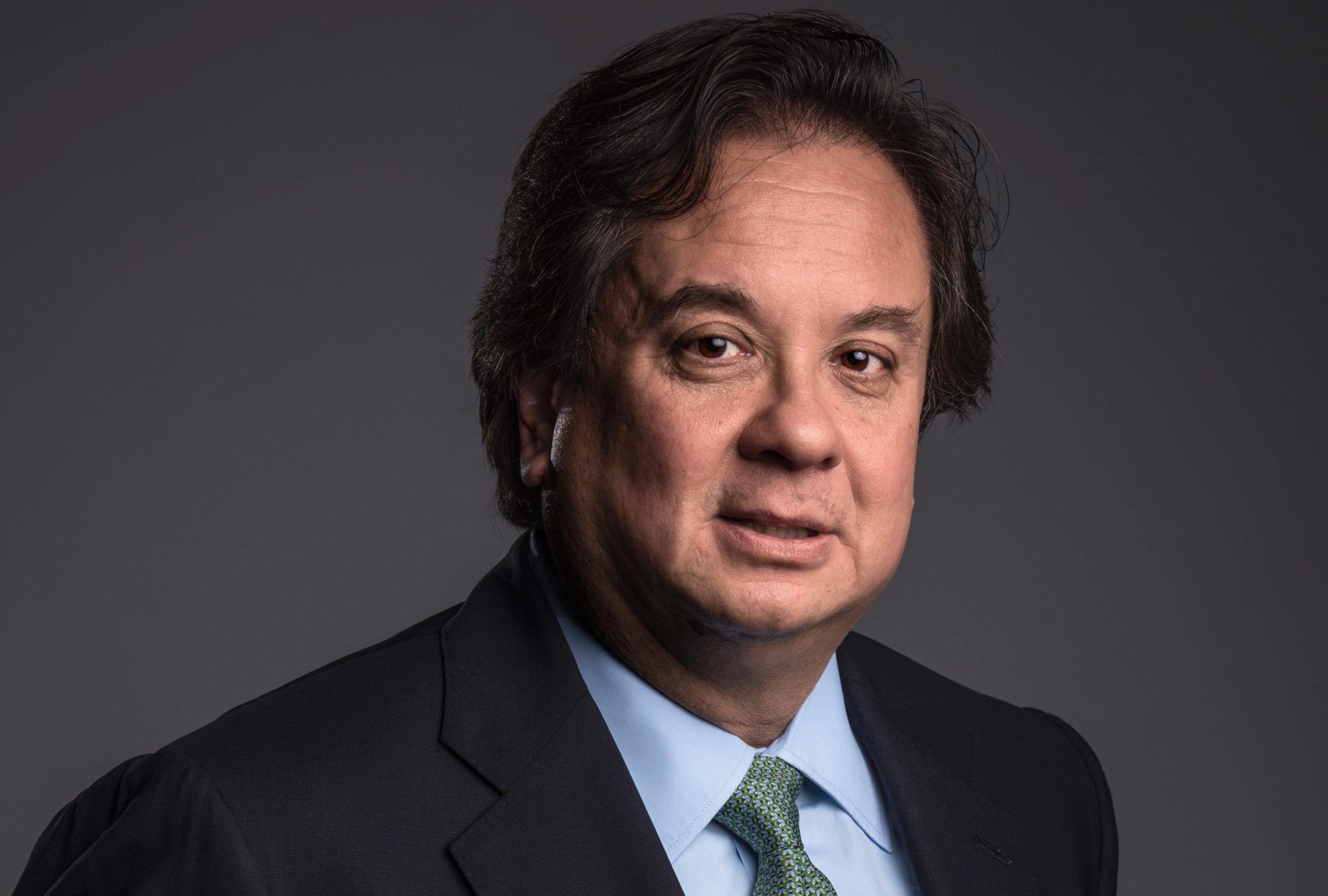 A CIA agent-turned-lawyer, William Bar got his J.D. degree in 1977 from George Washington University Law School. He was appointed the 77th United States Attorney General under President George H. W. Bush in 1989. He must’ve done an excellent job, as President Trump called Barr back into office in 2019 as the 85th Attorney General. 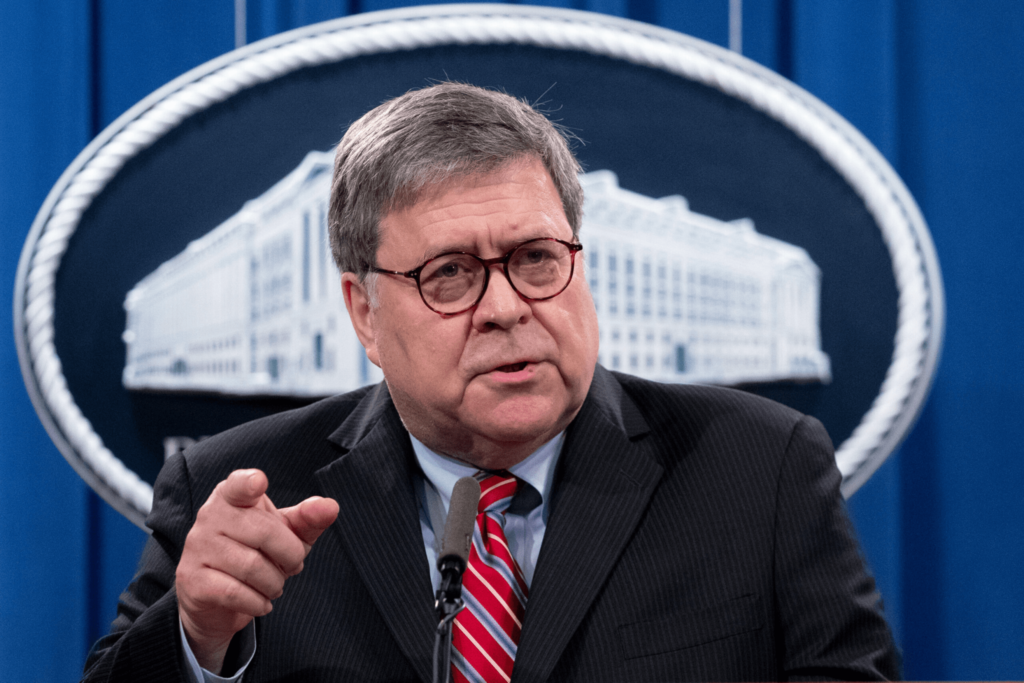 Nicknamed The Professor, Roy Black received the highest possible score on the Florida Bar Exam in 1970. He was a defense attorney with a portfolio of high-profile clients, such as Jeffery Epstein and Justin Bieber. Black gave many legal commentaries (such as NBC news) and appeared in The Law Firm, a reality-based TV show, in 2005. Currently, he’s partnered with Black Srebnick, a Miami-based trial firm. 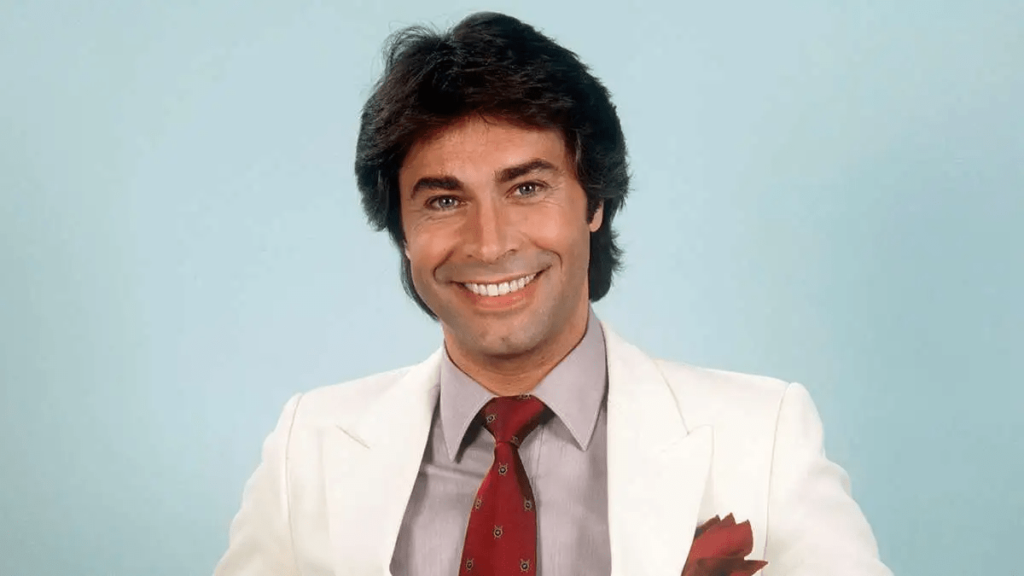 One of the wealthiest entertainment lawyers in the world, John Branca has represented various high-profile names such as Michael Jackson, the Rolling Stones, and Aerosmith. Branca specializes in rock-and-roll and various other music labels. In 2016, he was named “Lawyer of the Year” by Billboard, and in 2019, he was named “World’s #1 Music Attorney” by Marquis Who’s Who. Currently, he’s the chairman of The Michael Jackson Company based in New York. 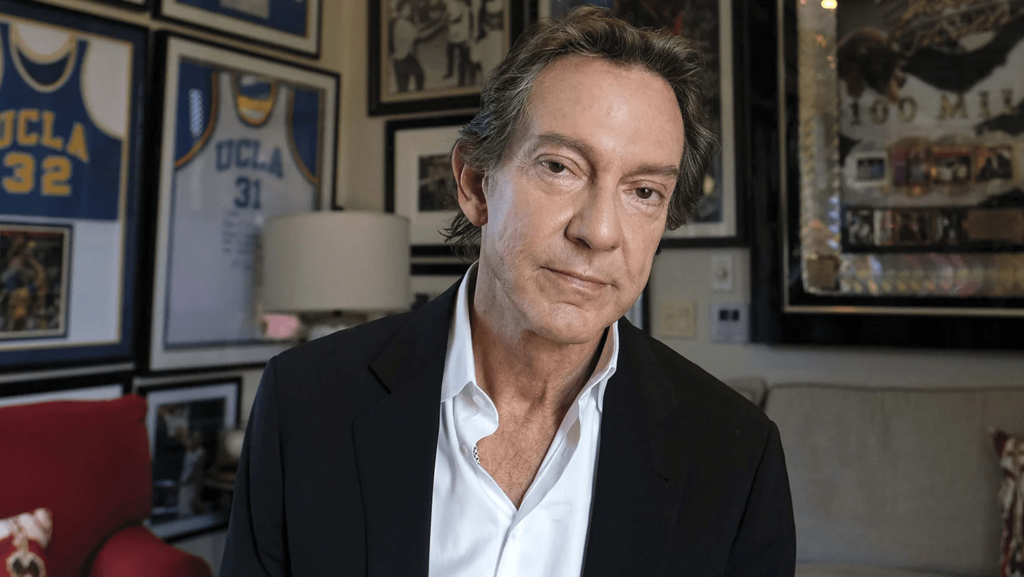 Robert Shapiro’s call to fame comes from joining the Dream Team in 2004–the same team that defended O.J. Simpson against allegations of murder. After this high-profile case, he expanded his portfolio by co-founding ShoeDazzle, LegalZoom, and RightCouncil.com. Quite the entrepreneur! Tragedy struck in 2005, however, when his son died from a drug overdose. This prompted Shapiro to write the children’s book Somo Says No, with a strong anti-drug message. Later, he and his wife founded the Brent Shapiro Foundation to help prevent drug abuse among minors. 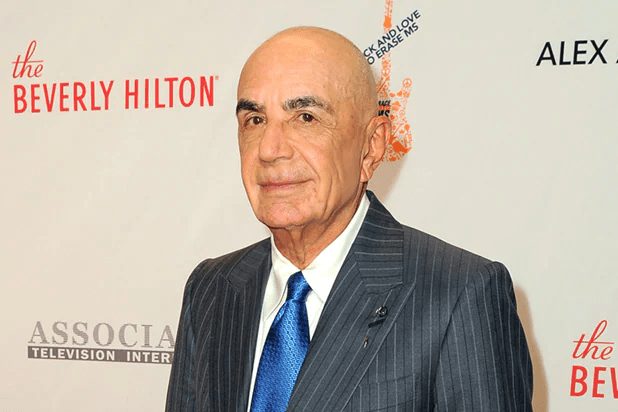 In 1974, Willie E. Gary earned his J.D. degree from North Carolina Central University School of Law. Since then, he has earned the nickname of The Giant Slayer, winning over 150 lawsuits against massive corporations, including Disney. One such case resulted in a $500 million settlement–no small pocket change. Gary also owns a private jet nicknamed the Wings of Justice, and if that’s not the most American thing ever, I’m not sure what is. 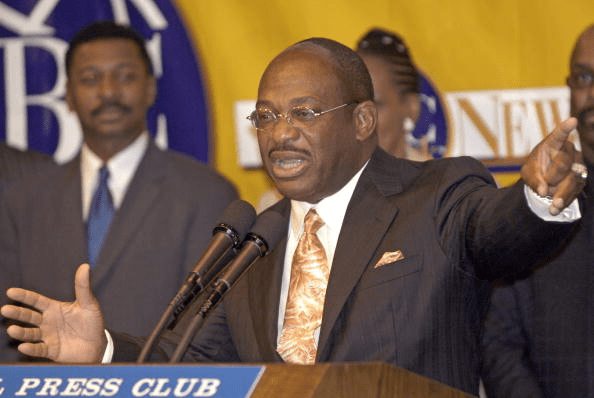 Who doesn’t love Judge Judy? Her story began in 1964 when she graduated from New York Law School as the only woman in her class. Thirty-one years later, her show Judge Judy launched, becoming an instant success and turning her into a millionaire. The show aired for 25 years, from 1996–2021, and in 2015, she was awarded as television’s longest-serving judge by Guinness World Records. While much of her fortune came from Judge Judy, she’s also written several books, including Don’t Pee on my Leg and Tell Me It’s Raining. Well done, Judy. 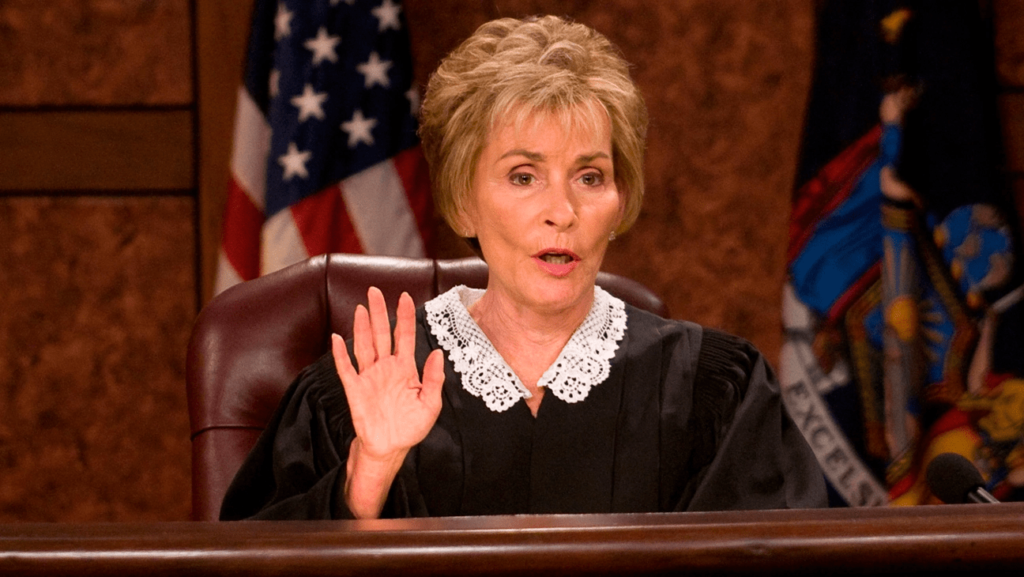 After grabbing a law degree from Stanford Law School in 1967, Bill Neukom was recruited by Bill Gates Sr. to oversee his son’s new business, Microsoft. At the time, Microsoft had only 12 employees, and Neukom would stay there for 25 years. After Microsoft, he was elected as the President of the American Bar Association from 2007–2008 and later became the CEO of the San Francisco Giants between 2008–2011. During these three years, Neukom guided the team to its first World Series since 1958. Currently, he is a senior advisor for the Fenwick and West LLP law firm. 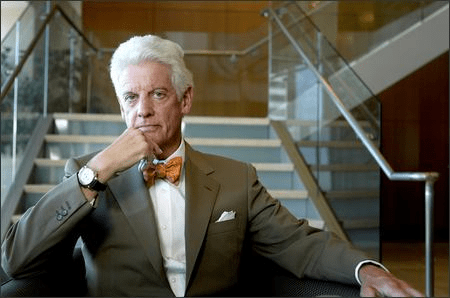 More famously known for owning the Chicago White Sox and the Chicago Bulls, Jerry Reinsdorf’s professional life began as a tax attorney. Ironically, his first case was the tax delinquency of Bill Veeck, who–at the time–owned the White Sox. Twenty-one years later, Reinsdorf accumulated enough money to purchase the White Sox for $19 million, and another four years later, he bought the Chicago Bulls for $16 million. During his time with them, Reinsdorf saw the Chicago Bulls win six World Championships (1991–93, 1996–98) with the valuable help of NBA superstar Michael Jordan. He also saw the Chicago White Sox’s victory in the 2005 World Series. As a cherry on top of his impressive professional achievements, Reinsdorf is also a certified accountant and a specialist in real estate security. 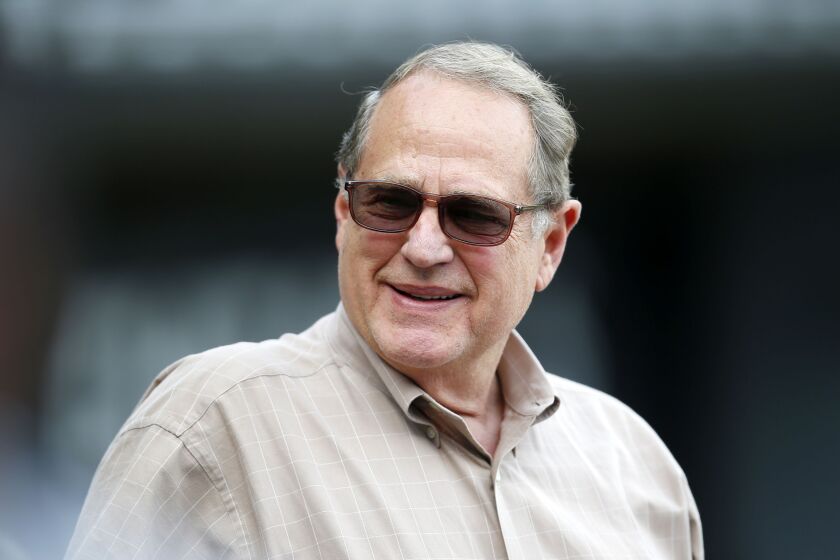 Peter Angelos graduated valedictorian from the University of Baltimore School of Law and began his private practice in 1961. During his career, he represented thousands of clients in product liability, personal injury, and professional malpractice. In 1982, his wealth skyrocketed when he represented a large number of plaintiffs in asbestos litigation and won–making over $100 million on a single case. In 1993, Angelos led a group of investors–including novelist Tom Clancy and Barry Levinson–to purchase the Baltimore Orioles for $173 million. At the time, this was the largest purchase of a sports franchise in the United States. In 1995, he was named Sportsman of the year by the New York Daily News. 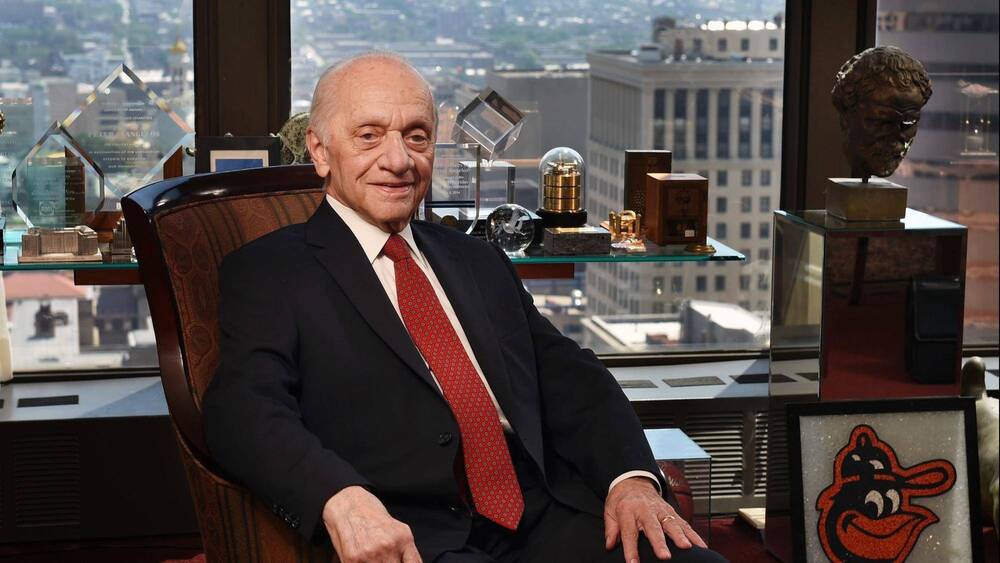 We hope you enjoyed learning more about these outstanding lawyers, and though we can’t promise to have you in our top 10 list by the end of your legal careers, we can promise you that through Crushendo’s game-changing and mnemonic-filled audio outlines, flashcards, and more, you will be better prepared to crush the bar exam, a crucial step towards having a successful career in law.

The following sections will give you a glimpse into the careers and stories of several others who almost made our top 10 list, but because of things like death or career changes, they are no longer practicing law and/or have earned their vast amounts of wealth in other ways.

Looking to the past: Joe Jamail Jr. – $1.7 Billion | Joe Jamail Jr. served in the Pacific during WW2 and later attended the University of Texas School of Law in 1950. Known as the “King of Torts”, Jamail Jr. was a passionate, aggressive lawyer who represented Pennzoil in 1985–winning the case with a contingency fee of 335 million. A year before his death in 2014, he was the 373rd richest man in America. Jamail Jr. died in 2015 at the age of 90 from pneumonia-related complications.

Looking to the future: Kim Kardashian – $1.8 Billion | Kim Kardashian isn’t a lawyer–yet. She’s spent the last four years in San Francisco as a law firm apprentice. Kardashian took the infamous California “baby bar” four times, passing on her most recent attempt in October 2021. With plans to take the actual California Bar Exam in the not-too-distant future, Kardashian pushes forward to open her own law firm and push criminal justice reform. When she finally does become a lawyer, she will be one of the wealthiest practicing lawyers in the world and, almost assuredly, the richest rookie lawyer of all time.

#1 Rob Walton – $56.6 Billion | Coming from a greatly entrepreneurial family, it’s no wonder why Rob Walton’s career has been so successful. However, before excelling at Walmart–his father’s company–Walton studied business administration at the College of Wooster and received his J.D. degree from Columbia Law School in 1969. From there, Walton became a partner of the Conner & Winters law firm representing Walmart. Almost a decade later, Walton left the law firm to join Walmart, where he held various positions, including being Walmart’s chairman for over 20 years. Currently, Walton forms part of Walmart’s Board of Directors and is involved with several nonprofit and educational organizations.

#2 Richard Kinder – $7 Billion | Richard Kinder received his J.D. degree from the University of Missouri School of Law in 1968, where he served as student body president. A natural leader, Kinder’s career quickly shifted from working as an attorney with Florida Gas Transmission to conducting and pursuing other business endeavors with his close network of friends made in law school. Such business endeavors led Kinder to serve as President and COO of Enron Corporation–an energy, commodities, and service company founded by his college friend, Kenneth Lay–and later, starting a new pipeline company by partnering with another college friend, William V. Morgan. Currently, Kinder serves as chairman of the Kinder Foundation, overseeing its vision of helping others live healthy and rewarding lives.

#3 Randa Williams – $6.6 Billion | Randa Williams’ career kicked off after graduating from Rice University and earning a J.D. degree from the University of Houston Law Center. From there, Williams worked as an attorney for the Butler & Binion and Brown, Sims, Wise & White law firms. In 1994, Williams joined her father, Dan Duncan, at Enterprise Products, where she served as president, CEO, and later, vice president of the company. Williams inherited $3.1 billion with her father’s death in 2010 and currently owns an estimated 8% of the company.

#4 David Bonderman – $6.5 Billion | After graduating from Harvard Law School in 1966, David Bonderman began working as an assistant professor at Tulane University Law School. Following his work there, Bonderman joined and became a partner of the Arnold & Porter law firm, where he specialized in corporate, securities, bankruptcy, and antitrust litigation. However, beginning in 1983, Bonderman’s path took a detour into business and investments after joining the Robert M. Bass Group, Inc., now known as Keystone Inc., and in 1992, co-founding TPG Capital, a global investment company.

#5 Neil Bluhm – $5.8 Billion | Growing up in a challenging financial situation, Neil Bluhm worked diligently to acquire a solid education in accounting from the University of Illinois at Urbana-Champaign in 1959 and law at Northwestern University in 1962. Following his education, Bluhm worked as an attorney for the Mayer, Brown & Platt law firm, where he soon became a partner of the firm. However, in 1969, Bluhm’s course shifted to real estate investments when he co-founded JMB Realty with his old friend, Judd Malkin. The investment firm quickly became one of the largest property owners and developers in the U.S. Since then, Bluhm’s successful career has led him to launch and co-found several other business endeavors, such as Falls Management Company, Walton Street Capital, and Rush Street Gaming. 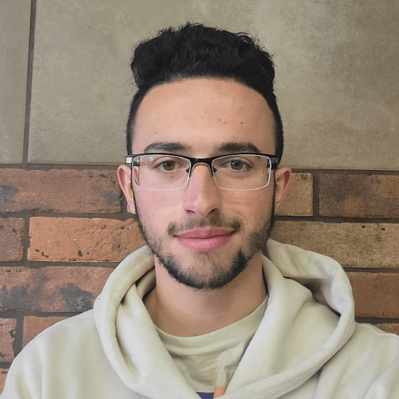 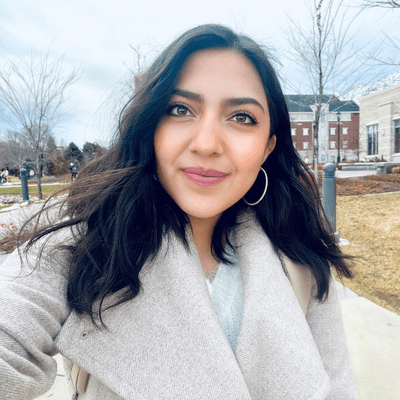 Amy Ortiz is a Mexican-American artist, blogger, and editor at Crushendo currently majoring in visual/design journalism at BYU. She loves nature, music, and exercise, and finds connecting with others by sharing and learning about their culture and stories greatly inspiring.

Productivity Holidays?! 6 Essential Tips to Create Your Own