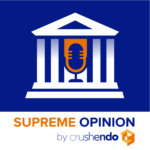 "That 'supreme law of the land' condemns discrimination against religious schools and the families whose children attend them. They are 'member[s] of the community too,' and their exclusion from the scholarship program here is 'odious to our Constitution' and 'cannot stand.'"

Syllabus (or summary from the Court)

The Montana Legislature established a program that grants tax credits to those who donate to organizations that award scholarships for private school tuition. To reconcile the program with a provision of the Montana Constitution that bars government aid to any school “controlled in whole or in part by any church, sect, or denomination,” Art. X, § 6(1), the Montana Department of Revenue promulgated “Rule 1,” which prohibited families from using the scholarships at religious schools. Three mothers who were blocked by Rule 1 from using scholarship funds for their children’s tuition at Stillwater Christian School sued the Department in state court, alleging that the Rule discriminated on the basis of their religious views and the religious nature of the school they had chosen. The trial court enjoined Rule 1. Reversing, the Montana Supreme Court held that the program, unmodified by Rule 1, aided religious schools in violation of the Montana Constitution’s no-aid provision. The Court further held that the violation required invalidating the entire program.

Held: The application of the no-aid provision discriminated against religious schools and the families whose children attend or hope to attend them in violation of the Free Exercise Clause of the Federal Constitution.

(a) The Free Exercise Clause “protects religious observers against unequal treatment” and against “laws that impose special disabilities on the basis of religious status.” Trinity Lutheran Church of Columbia, Inc. v. Comer. In Trinity Lutheran, this Court held that disqualifying otherwise eligible recipients from a public benefit “solely because of their religious character” imposes “a penalty on the free exercise of religion that triggers the most exacting scrutiny.” Here, the application of Montana’s no-aid provision excludes religious schools from public benefits solely because of religious status. As a result, strict scrutiny applies.

(b) Contrary to the Department’s contention, this case is not governed by Locke v. Davey. The plaintiff in Locke was denied a scholarship “because of what he proposed to do—use the funds to prepare for the ministry,” an essentially religious endeavor. Trinity Lutheran. By contrast, Montana’s no-aid provision does not zero in on any essentially religious course of instruction but rather bars aid to a religious school “simply because of what it is”— a religious school. Id. Locke also invoked a “historic and substantial” state interest in not funding the training of clergy, but no comparable tradition supports Montana’s decision to disqualify religious schools from government aid.

(c) The proposed alternative approach involving a flexible case-by-case analysis is inconsistent with Trinity Lutheran. The protections of the Free Exercise Clause do not depend on a varying case-by-case analysis regarding whether discrimination against religious adherents would serve ill-defined interests.

(d) To satisfy strict scrutiny, government action “must advance ‘interests of the highest order’ and must be narrowly tailored in pursuit of those interests.” Church of Lukumi Babalu Aye, Inc. v. Hialeah. Montana’s interest in creating greater separation of church and State than the Federal Constitution requires “cannot qualify as compelling” in the face of the infringement of free exercise here. Trinity Lutheran. The Department’s argument that the no-aid provision actually promotes religious freedom is unavailing because an infringement of First Amendment rights cannot be justified by a State’s alternative view that the infringement advances religious liberty. The Department’s argument is especially unconvincing because the infringement here broadly burdens not only religious schools but also the families whose children attend them. The Department suggests that the no-aid provision safeguards public education by ensuring that government support is not diverted to private schools, but that interest does not justify a no-aid provision that requires only religious private schools to bear its weight.