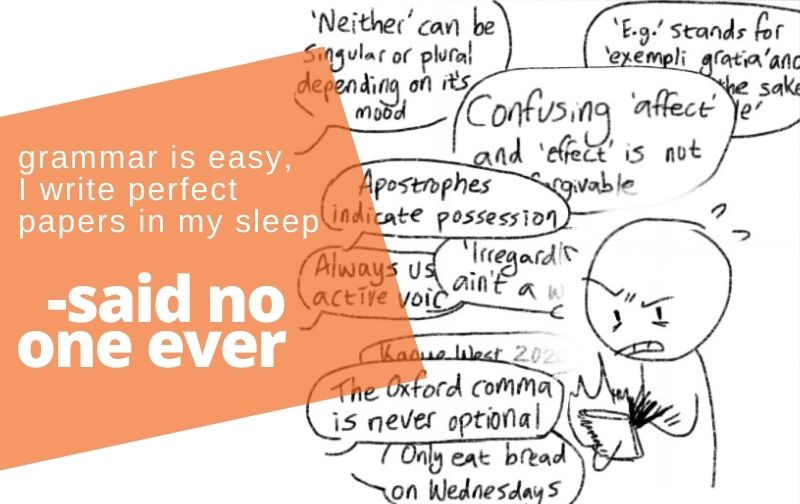 Writing is the easiest skill ever and it’s always a blast! I could write perfect essays and papers in my sleep!—said (pretty much) no one, ever. Unfortunately, grammar makes writing both difficult and unpleasant for many of us, especially in law school and on the bar exam.

While there are a number of things that can be done to improve writing, some of them are simpler than others. This article will go over twenty simple grammar and writing rules that trip people up. Hopefully they’ll help you come closer to becoming the perfect paper producer. Also, since this is a long list, feel free to skim through and find things that are new or difficult for you. 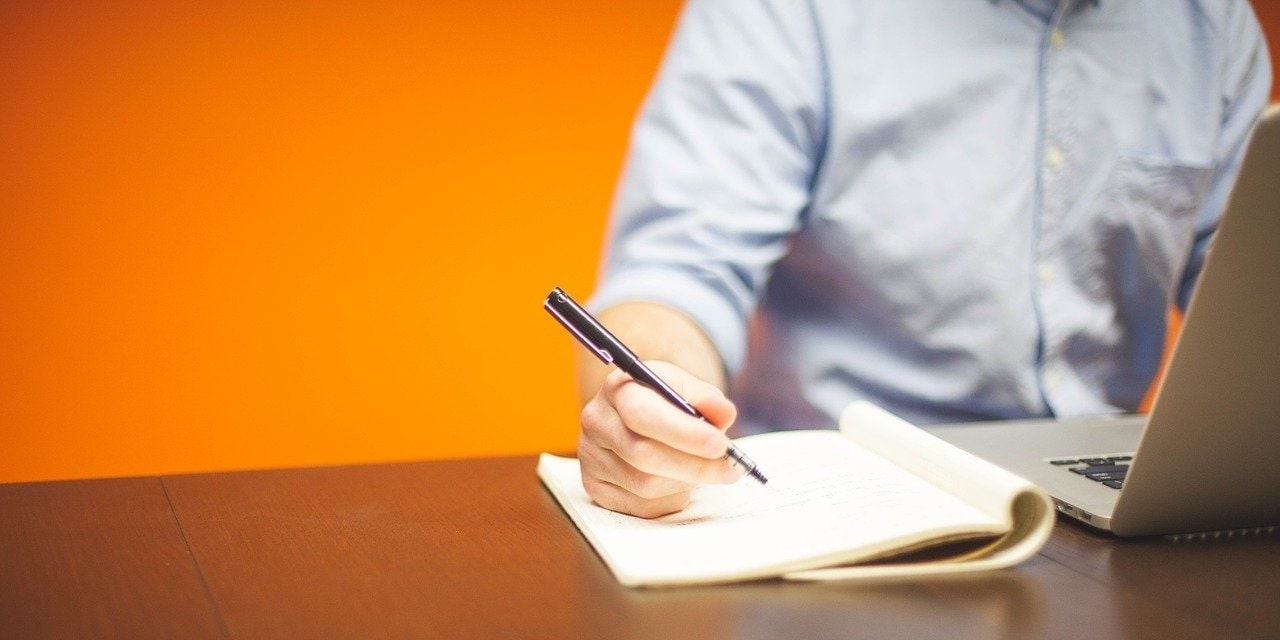 Let’s look at that sentence again and see how we can rewrite it. I could have condensed all 64 of those words into two: “Be concise.” Present your ideas as tidily and simply as possible.

Commas are hard for some people to get right, people get confused about what commas are.

It helps to understand the hierarchy of “punctuational strength.” Commas are the weakest in this hierarchy, periods the strongest; semicolons are somewhere in between. We’ll talk about semicolons later. For now, look at the first sentence of this paragraph. Do you see what’s wrong with it? That’s right: it’s secretly two sentences using a comma to pretend to be one sentence. The right way to write it would have been, “Commas are hard for some people to get right. People get confused about what commas are.” If two ideas can stand as separate sentences, use a period.

Its also easy to misuse some simple words because their similar to other simple words that your likely to use a lot.

I feel like most people make these mistakes because they don’t understand contractions. When two words are smooshed together to make another one with the same meaning, you tend to lose letters. You fill in the spaces those letters leave behind by giving them an apostrophe. For instance: it is → it’s, they are → they’re, you are → you’re. If you can’t replace the word you’re trying to use with the expanded contraction, you’re using the wrong word (it’s its favorite food is apple pie). If you can, but the word you’re using doesn’t have an apostrophe, you’re using the wrong word (its it’s my worst idea yet).

Semicolons are also commonly misunderstood, many people don’t know what they do.

Similar to periods and commas, they serve as indication of a break. Commas are a weak break that separate reliant parts of an idea, periods are a strong break that separate complete ideas, and semicolons are somewhere in the middle. They usually do two things: take the place of a period between two very closely related sentences, and divide lists when the items themselves contain commas. While the sentence at the beginning of this paragraph could be fixed by replacing the comma with a period, it could also use a semicolon. “Semicolons are also commonly misunderstood; many people don’t know what they do.”

If you have semicolons down, than this is the time for us to go over another commonly confused pair of words.

‘Then” and “than” don’t mean the same thing. ‘Then” implies a sequence of events, while “than” is used for comparisons. This mistake is very easy to fix, but I see people make it a lot. Remember that “thEEEn” is about sEEEquEEEncEEE and thAAAn is compAAArison (say those out loud and I guarantee you’ll never forget).

This mistake is more common.

For whatever reason, people expect it to be completely acceptable to make comparisons about something without actually . . . comparing that thing to anything else. This mistake is more common than what? Good grammar? Some other mistake? The color orange? Clarify so you don’t mislead or lose information.

One issue that less people check for than for other issues involves another pair of commonly confused words.

“Less” and “fewer” seem identical at first glance, but are differentiated by the way that the thing being talked about gets divided up. If there are clear units, (say, people) the correct word to use is “fewer.” If you look at the thing there’s a smaller quantity of and think, “Wow, this is just a blob of stuff,” you should use “less.” Less water, fewer tortillas, fewer rainstorms, less cloth.

What’s that? You thought we were done with confusing pairs of words? No, we’re going even farther.

When you’re talking about a solid, measurable physical distance, the word you’ll want to use is “farther.” If there’s anything abstract about the distance that is being gone, the word is “further.” The word “farther” literally has the word “far” in it, and “further” isn’t as clearly defined.

Sometimes people forget to make sure their pronouns agree with its associated noun.

Even if your ideas are pretty new and your grammar is completely great, using super similar and sort of vague ways to emphasize thoughts can make you sound really repetitive.

The English language is cool because it’s a linguistic amalgamation. Each different language that went into it contributed new words, creating one language with a wide variety of ways to communicate any concept. Be creative! Have fun!

You should of figured out contractions at this point, but there’s still another way for those to confuse people.

When the word “have” gets put into the end of a contraction, it starts sounding an awful lot like “of.” Say it out loud and try: could’ve, would’ve, should’ve. “Should of” doesn’t actually make sense when you write it out, but some of us are so used to hearing it that way that it seems natural. Don’t get tricked!

I got a small bowl of snacks to eat while writing this. Sitting down again, the bowl clinked.

That sounds like a clear description, but read it again and try to twist the words. You might know what I’m saying, but that doesn’t change the fact that the second sentence could be read as saying that the bowl sat down. That’s called a “dangling modifier.” It’s one of my favorite mistakes, actually, because some of the scenarios it can suggest are so goofy. It’s still bad writing, but confused bushes? Partying backpacks? Exploding cinnamon rolls? All of these suddenly become possible with this mistake, (but don’t make it, it’s not worth the price of good writing).

One of my favorite random things off of the internet is a line that says, “Sometimes I use big words I don’t understand to try to make myself sound more photosynthesis.”

When human beings with human pride try to write things, they’ll usually want to impress others. Don’t do that by using words you don’t know. Your humility in only using words you understand will be more impressive than throwing random nonsense into your papers, anyhow. If you really want to use fancy words, you can always use an internet thesaurus to find some that match your meaning.

Going back to commas, sometimes people use too many of them, in their sentences.

Here are a few rules to help you avoid making that mistake. When you have a noun with a verb attached, you don’t put a comma between them (That guy ate an enormous gummy bear). You don’t put a comma between a noun and another noun, unless you have a list going (He and his friend found another one). Commas also aren’t needed between two actions being done (They started a timer and ate it together).

15. Use the correct pronoun

When you have one thing that you bring up in your writing and then bring up another, you have to be careful about your pronouns so that people can clearly know you’re referring to it.

Vague pronouns are one of those mistakes that a writer might make if they assume that their entire audience has been gifted with mind-reading. Sorry to tell you, but they (probably) haven’t. If you use a pronoun (he, she, it, they, etc.) and know you tend to use vague pronouns, stop and check: what is this pronoun referring to?

It’s not too hard to fix that kind of vague pronoun, but there’s another kind that’s trickier to get right.

Did you notice the mistake in that sentence? Here’s a hint: what does the “it” at the beginning of the sentence refer to? We tend to use vague pronouns this way very regularly, so we don’t think about how nonsensical they sound. Some people won’t care at all if you use this kind of vague pronoun, but some people care a great deal. Fixing this can take more effort than fixing other mistakes because you often have to entirely reshape your sentence. With practice it can start to feel more natural.

17. Capitalize only when needed

Unneeded Capitalization is a mistake that seems Less Common, but when it happens, it’s Bad.

Capitalization is meant to be used for a few specific things: proper nouns (names, places), titles (King Andrew, A Trilogy about Magical Wizards), beginnings of sentences, and a few other words (North, June, Christmas). Anything beyond that might seem to make your writing more official, but it’s really just bad grammar.

One mistake that make a lot when they’re trying to write fast (all you other chronic procrastinators out there, you know the feeling) is completely forgetting words.

This error can be made by anyone. The good news is that it’s as easily fixed as it is made: just look over your writing when you think you’re done.

19. Check apostrophes in plurals and possessives

Sometimes the letter “s” starts happening a lot, like when you’re trying to show plural’s and possessives’.

Apostrophes only make writing more confusing. Here’s how plurals and possessives work: plurals don’t need apostrophes, but possessives do (King Andrew’s amphibians). If a word is both a possessive and a plural at the same time? Then you have both the “s” and the apostrophe, but in backwards order (the girls’ favorite penguin).

Finally, if you do nothing else, just look over each paragraph you write when you’re done to find mistakes.

It’s the simplest and most effective grammar check I know of, especially if you take a little time beforehand to learn grammar and know what you’re looking for. Read it out loud. Does this sound like it’s right? Does it make sense? Reading out loud forces you to put at least a little bit of attention on every single word. You can also use a digital grammar check, but even those miss mistakes that a human would have no problem finding. One of the coolest things about a human brain is that it can tell when things are wrong even if it doesn’t know exactly why, and then find out why so the problem can be fixed.

Kind of a lot? That’s ok, just pick one thing to work on until you know how to completely nail it. Like anything else, grammar and writing take practice, and anyone can do that! Now get out there and write! 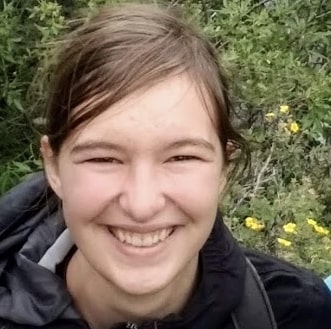 Noelia Balinski likes making things, learning, and sometimes teaching. She thinks that thinking is cool and people are even cooler.

Non-Study Related Tips for the Bar